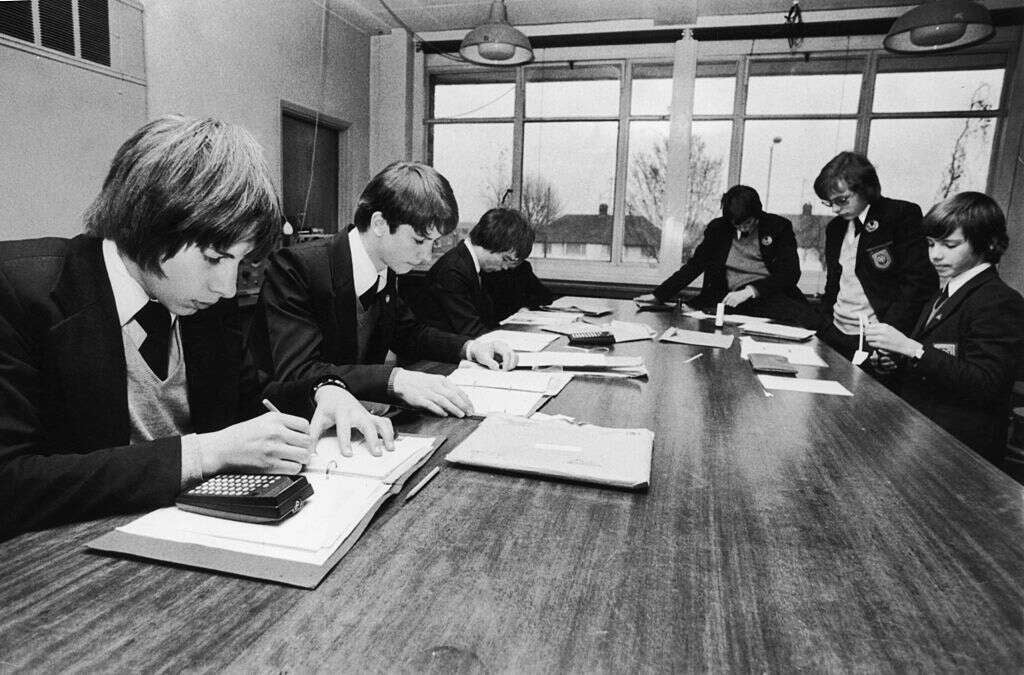 Has such a government ever been so overflowing with new ideas? Last night there was talk of bringing back Covid-era press conferences to talk about the economy (because you can’t go wrong when asked about the aid ministers are giving every day at 17 hours). On Friday, it was reported, the Prime Minister will celebrate the Queen’s Platinum Jubilee by repealing the non-existent ban on Imperial measures.

And last Sunday we got the latest throwback from an old favourite: Downing Street is ‘open’ for the lifting of the ban on new high schools, the Telegraph reported. No, you notice, he plans to do such a thing; she is simply open to it, just as you, dear reader, are no doubt “open” to the idea of ​​the resignation and exile of Boris Johnson. Really, have you ever seen such vigor?

It’s a terrible idea, obviously – terrible on many levels like that time during lockdown when someone in Downing Street uttered the immortal phrase: ‘Hey guys, are we going to break out the karaoke machine?’ On the one hand, it’s practically terrible in that, despite what their legions of fans believe, the data suggests high schools are making it worse. They do well by those who attend them, of course, but most children don’t and the status quo, in which some areas retain grammar while most don’t, has doubled as a useful controlled experiment in what selective education does to overall outcomes. The answer, it turns out, is “make them worse”: on the whole, selectively educated areas produce poorer school results than those who have undergone full training.

The exact reason for this undermines the case of high schools in a different way. Grammars are, we are told, engines of social mobility that enable bright but disadvantaged children to rise. But that doesn’t seem to be true: in selective Kent, the wealthiest children fare slightly better than their peers elsewhere, but the poorest fare significantly worse. It’s probably because it’s mostly the richest kids who go to high school. (More on this from Chris Cook, then at the BBC, here.)

High schools are therefore bad policy, but reintroducing them would also be terrible policy. It’s because, by definition, most families will not be able to send their children there. The reality of selective education is that almost everyone attends a modern high school. (Politicians, you’ll notice, rarely come out in favor of returning secondary moderns.) More than that, many children would be scarred for life by being told they’re not good enough at age 11. . This is, older readers may recall, a major reason why this system was largely abolished in the first place.

So if grammar schools are such a bad idea, why do the Conservatives keep talking about it? Partly because many of those who attended high school did very well in life and found themselves in positions of influencing elite opinion. Partly because the age of selective education has coincided with economic growth and social mobility, and it is easy to confuse correlation with causation. That’s partly because, like the Imperial Measures, the grammars hark back to a time when the grassroots Conservative vote was young and still held hope. And partly simply because they sound good: pushing high schools, after all, gives conservatives a way of saying they want social mobility, while actually supporting the opposite. It’s really very on brand.

Despite years of stories that they would be open to the idea of ​​more high schools, successive governments have not allowed them. After a while, you start to wonder if it’s deliberate. Talking a lot about high schools, after all, ministers get much of the benefit of being in their favor, but none of the disadvantages of introducing them. It is, in other words, cake-ism. This too is very on brand.

[See also: Why Liz Truss is most likely the next Tory leader]