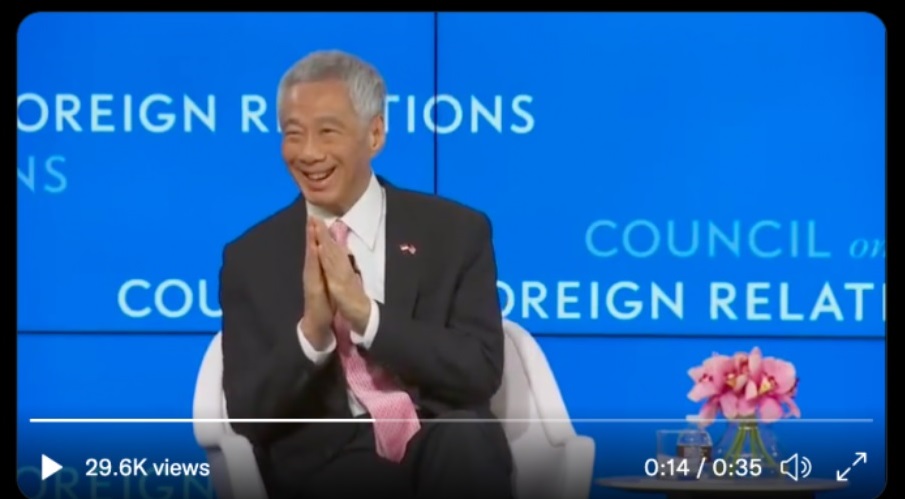 What race are we? — Welcome to the hyphenated world

One of the main things I did in my anthropology degree was to debate the question of identity. We tried to understand what makes a person part of a particular group, and we explored things like ethnicity, culture and language.

It was a discussion that had become complicated. Back when migration was less common, the answer was simple. You belonged to the group that looked like you, spoke like you and prayed in the same places. Europeans, for example, were mostly blond and had blue eyes and went to church on Sundays. The Arabs were mostly tanned, had black hair and went to the mosque on Fridays. Things like race and religion were key identifying factors.

However, things have changed since the turn of the last century. Migration has become a reality. I’m from Singapore, a place where citizens pledge to be “regardless of race or religion”. I am an ethnic Chinese who served alongside Malays and Indians during national service. I have family in the United States, which is full of hyphenated people (African-American, European-American, Asian-American, etc.) and I grew up in the UK, where people who were obviously of South Asian descent and went to mosque on Fridays were as British as the Anglo-Saxons in the same village.

So, if race and religion were no longer the marks of identity that they were, what else is there? One could say that there is language. I remember telling my Finnish friend about a step-uncle who was proud of his Finnish roots. My Finnish friend’s first reaction was, “Na, he’s not Finnish, he’s American. However, when I mentioned that this uncle gave a speech in Finnish, his reaction turned to – “He speaks Finnish – OK, he’s Finnish”.

Language is a powerful form of identity, especially among Europeans. I remember a Caucasian and an Oriental who frequented the Bistrot. When they paid, and I noticed the Caucasian lady had a German name, I asked in German if she was German. The oriental lady, whose name was Nguyen (a name that no longer becomes Vietnamese) said in German “Yes, I am”.

My Singaporean mindset led me to think that German should mean someone who was blond and blue-eyed and should have a name like “Muller” or “Schmidt”. It took me a while to remember that someone with black hair and eyes who was called “Nguyen” could also be as German as someone who was called “Muller” or “Schmidt “. Ms. Nguyen whom I had served probably grew up in Germany and spoke German, which was the working language of her environment and learned English as a second language (spoke it well enough to function internationally) and German. Vietnamese was spoken at home, if at all. . Therefore, while her name was Nguyen, she was as German as it gets.

The power of language as a mark of identification is so powerful that language becomes a political issue. In America, for example, there is an inevitable conflict between teaching in English and Spanish. In fairness to the American system, these latter immigrant groups want to learn English in order to become part of America’s hyphenated identity. The ability to manage hyphenation depends on the ethnic group and the duration of their settlement.

European-Americans or more specifically Irish people have no problem being both hyphenated and American at the same time. I’m old enough to remember that Irish Americans were the IRA’s funders and arms providers because they grew up on stories of English oppression. St. Patrick’s Day in Boston was as serious as in Dublin, if not worse.

Newer migrants would prefer that you focus on the US part rather than the hyphenated part. I usually moved around Chinatown because I could speak Cantonese to the waiters who were so happy that I was a youngster who could speak the language, unlike their children who needed to remind the world that they were “American,” British”. “or whatever.

At the other extreme, you have Singapore, which officially tells its citizens they are Singaporeans first and the hyphen second. However, there is also a compulsive need to reinvent and define the hyphenated part. For example, the Chinese are told that they should forget their current mother tongue like dialects and should speak Mandarin. The Indian in Singapore is defined as a Tamil (something our late president tried to dispute, which disappointed the local Tamil station hoping to get a soundbite). Our language policy is such – English is the common language, we have the mother tongue given to us by the government and there is Malay, our national language used in the national anthem and drill commands, but not really used for anything else.

While official Singapore has produced a convoluted series of language policies to define Singapore’s culture, there is an authentic Singapore on the streets, which is best exemplified by Singlish, our version of English, which is mostly English. but which contains words from Malay, Tamil and Hokkien.

We are not the only example here. New Zealand had an indigenous culture that gave European settlers everything they could. Unlike “Amerindians” or “Australian Aborigines”, the Maori people of New Zealand have become a recognized part of the mainstream. New Zealand is as English-speaking as it gets, but part of the New Zealand national anthem is in Maori and, as every rugby fan knows, there is the Hakka, a traditional Maori war dance performed with passion, regardless of ethnic origin.

Human beings are wonderfully adaptable creatures and somehow, when put in a situation where they have to communicate across barriers, they will. At best, governments can provide opportunities to learn standard languages, but trying to micromanage how people identify usually doesn’t end well. So the answer may be to let things happen on the street with minimal supervision and let cultures evolve and flourish from there. Let people decide how they want to identify themselves.

A version of this article first appeared on beautifulincoherent.blogspot.com

Send your scoops to [email protected]