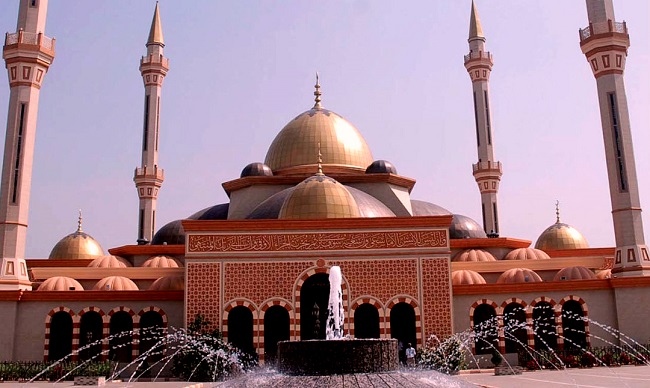 The Ahmadiyya Muslim Community has so far established 26 radio stations for the spread of Islam around the world.

This was part of the 2022 progress report of the Ahmadiyya Muslim Community presented by the world leader of the Islamic community, Hazrat Mirza Masroor Ahmad, during the just concluded Jalsa Salana, held at the Hadeeqah Ahmad, Alton, in the outskirts of London, United Kingdom.

Two of the radio stations, he said, are located in Nigeria and Burkina Faso, with the one in Nigeria broadcasting in Yoruba, Hausa, Arabic and English. The programs, he added, are rebroadcast on local channels as sponsored programs in local dialects.

“In Ghana, Ahmadiyya Muslim Television, MTA International, has opened a terrestrial studio for local news and program broadcasting. This will complement the MTA Africa studios broadcast in the country and other parts of Africa.

“Similarly, 230,000 people benefited from 345 Islamic outreaches from the Islamic community around the world. These medical activities were carried out by Humanity First International, which organizes free eye operations for 15,000 people,” he said.

The leader of the Ahmadiyya Muslim Community has acknowledged the fact that the Jama’at has spread across the world through the peaceful spread of Islam despite opposition.

He said, “This community is seeing extraordinary examples of the help of Almighty God which has enabled them to prosper and prosper.”

“This same help is still visible even 130 years later. Almighty God will show the whole world the truthfulness of this community. There are countless signs and proofs that continue to strengthen the faith of members of the Jama’at. The root of all success and progress is faith.

Discover the invisible rules behind the languages ​​of the world