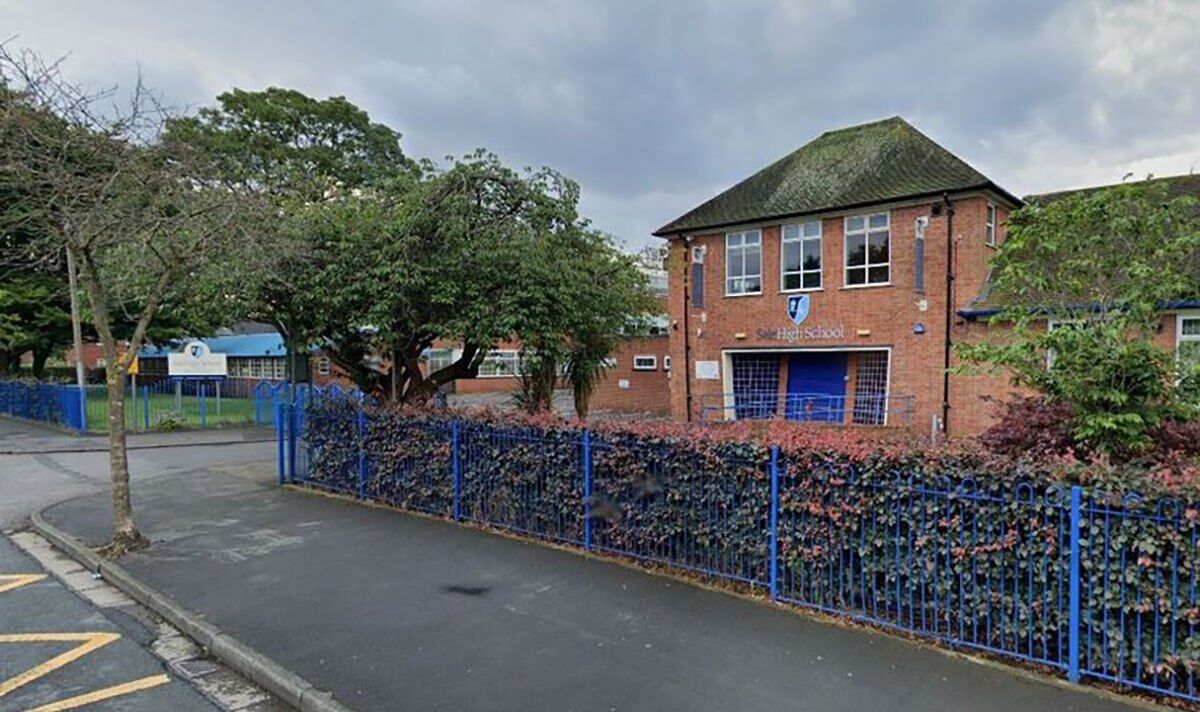 The woman claims her daughter returned from Sale High School in Trafford, Greater Manchester ‘dripping with sweat’ and feeling ill as she had ‘not been allowed to take off her blazer all day’. This is despite temperatures soaring this week to highs of 28.2C across the UK.

The schoolgirl told her mother that only a few teachers allow children to remove them in class, with others stating that it is school policy to wear them at all times.

Speaking today to Manchester Evening Newsthe mother said: “As a health worker myself, I find it disappointing that schools do not take children’s health seriously.

“I think it’s outrageous that children across the UK are being forced to wear blazers in schools where temperatures are still expected to reach highs of 27 degrees.

“My daughter came home sweaty, dizzy and sick, only for me to learn that she is not allowed to take off a blazer in and around school grounds, and to add to that , only a few teachers allow it in the classroom.”

The parent wants schools across the UK to revise their uniform rules.

“I understand school policy and agree that the uniform is uniform, but for the safety of the children there are ways around this,” the woman continued.

“I think if the UK weather gets over 25 degrees and no air conditioning is provided, I think blazers should be optional. I also think small changes like the PE kit would be much better and Fresher.

“To hear that even teachers are wearing summer clothes while children sit in blazers and some in slacks for six hours and more is outrageous.”

With temperatures expected to stay in their 20Cs for at least the rest of the month, the mum raised concerns with the school, which yesterday allowed pupils to remove blazers, apparently ‘once’.

“Children are in school, risking their health and education for a dress code,” the mother said.

“Still, if you took your child out, you would be fined. I strongly believe that health education should take this into account, not only for high schools, but also for primary schools and nurseries.

“They finally agreed that blazers can be removed, however, I think that shouldn’t just be a one-time thing, it should be an established policy in all school settings.

“If the temperature is over 25 degrees students should not have to be asked to take off a blazer if they are too hot, this should be the child’s personal opinion and judgment – a child should not be forced to wear a blazer or risk detention or reprimand.

“I agree that in the UK we don’t get heat like this on a regular basis, but when we do it can reach high temperatures. It’s something that needs to be addressed and worn. attention in all sectors of education.”

The school, rated as good by OFSTED, says the uniform ‘creates a sense of community and equality’ for its pupils.

Sale High’s uniform policy states, “We believe that wearing a uniform helps create a sense of community and equality among students, while making school a working environment.

“In a large school, it is also very beneficial for safety reasons that students wear a uniform. A uniform removes the distraction that can be caused by an individual’s style of dress and allows students to focus on the learning.”

In its list of uniform items that parents are expected to purchase, it says: “Navy School Blazer with Sale High School badge (mandatory item to be worn at all times).”

From the media attention, the school said in a statement: “Pupils at Sale High are always well looked after and there are no restrictions on the removal of blazers in hot weather. All students have the opportunity to wear shorts and short-sleeved shirts.”