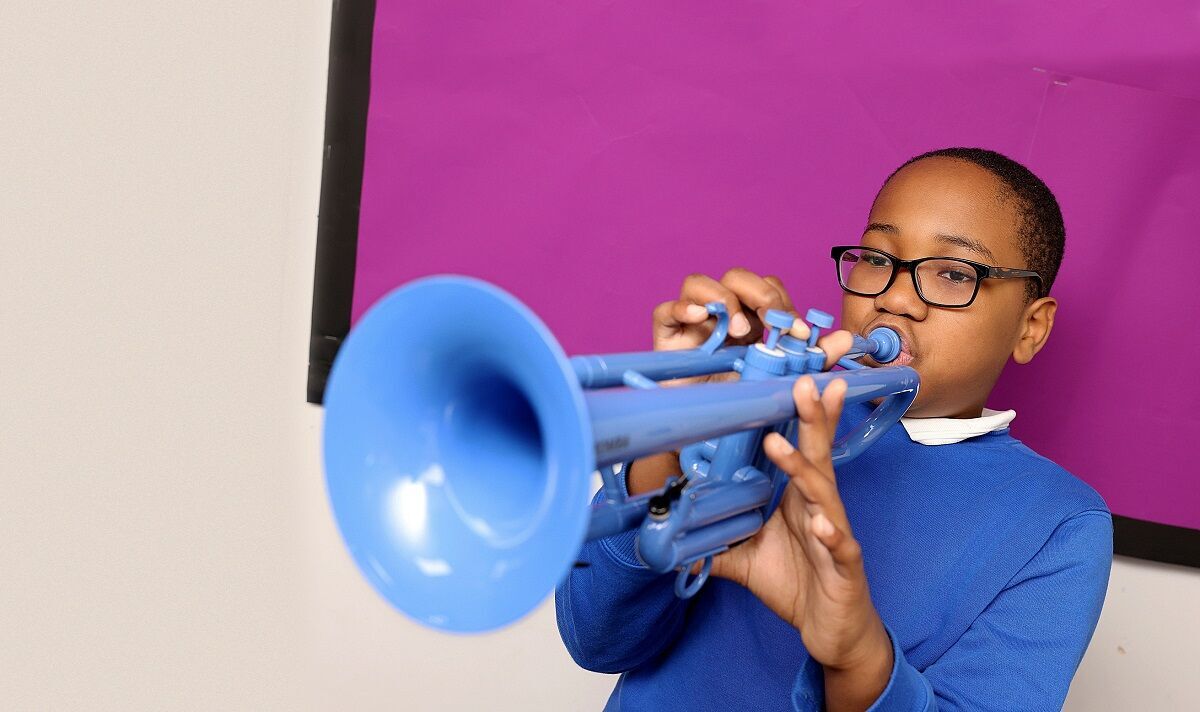 More than £100million will be invested in the purchase of 200,000 new instruments as part of the long-awaited National Music Education Plan, which is finally unveiled today. With music lessons currently in crisis, the government insists pupils in primary and secondary schools will now enjoy vastly increased opportunities.

The Department for Education’s decision comes after the Express revealed how the number of pupils studying GCSE music has fallen by 19% in the past 10 years across England. Level A numbers had dropped by 50%.

Geoff Taylor, Managing Director of the UK Phonographic Industry and Brit Awards, said: “We welcome the government’s renewed focus on music education, which will support the future of the UK’s leading global music sector. -United.

“We know from our experience with the Brit School that music can play a vital role in nurturing young people’s creativity, teaching them life skills and, most importantly, promoting well-being.

“We are therefore delighted to see new investments to provide musical instruments and equipment to schools.

“Our industry will continue to support a wide range of education programs to ensure the skills learned in the classroom can help young people thrive in our diverse and growing sector.

“We will carefully review the details of the plan and work with government and education partners to maximize its impact.” Schools Minister Robin Walker said: “Gaining an appreciation and understanding of music, learning to play a musical instrument and being part of a band or singing in a choir can have a profound impact on our This promotes their well-being and creativity, as well as being extremely important in itself for developing children’s interests, talents and potential.

“Music also supports students’ development in other curriculum subjects, doing wonders for their ability to remember and retain information. There are also many studies that show a strong link between teaching music and how it can improve your math skills.

“This investment will make it possible to offer subsidized lessons if necessary, so that every child who wishes can learn an instrument and play music.

“We create new programs for the most talented young musicians to prepare for a career in music and become the next Ed Sheeran, Kate Bush or Sheku Kanneh-Mason.”

Jamie Njoku-Goodwin, Chief Executive of UK Music, said: “Music is a national asset that brings billions to the economy, improves our health and wellbeing and boosts our global reputation.

“A thorough musical education also brings enormous benefits to children, whatever they do later in life, and it is in our national interest to have a music-literate society.

“Continued investment in music education is vital if we are to unlock the enormous creative potential of young people.”

Independent schools currently spend an average of five times more on music than state schools, which can spend as little as £1 per pupil per year on the subject.

In response, the government has made available new funding worth £25 million over the next four years for the purchase of 200,000 musical instruments and equipment, including instruments suitable for students with special educational needs and disabilities.

An additional £79 million will continue to be made available each year until 2025 for the Music Hubs program across the country.

Under the updated National Plan for Music Education guidelines, each school will also be required to have a designated music officer or head of department.

The plan sets the goal for each student to have at least one hour per week of music education in milestones one through three.

It will also provide teachers and young people with advice on how to progress in a music career.

The national plan also includes initiatives to further develop the teaching of instruments and music.

This will include a pilot project to improve music progression in disadvantaged areas and the roll-out of an inclusion strategy in each music hub area, so that all children and young people can benefit from high quality music education.

Last night, industry experts said they needed to read the proposals in full, but hoped the new plan would help prevent music education from having to play second fiddle to core subjects that are math, english and science in the future.

Sing the praises of a key topic

The Daily Express has launched our Strike A Chord campaign to reinstate music lessons as a key part of the national curriculum.

With the backing of an array of superstars including Def Leppard singer Joe Elliott and classical virtuoso trumpeter Alison Balsom, we’ve revealed how the world-leading UK music industry is under threat because children have stopped playing. study music in public schools.

We believe the subject should have the same priority status as math, English and science.

The school of rock is on a roll

A failing school turned into one of the best in the country after putting music education at the forefront of its curriculum. Feversham Primary Academy, Bradford, faced special measures in 2013 when it began to struggle to meet its targets.

But, nearly a decade later, it is now consistently in the top 10% of schools in England for progress in children’s English and maths learning. And it all happened by focusing on music and dispelling the “myth” that English, math and science are more important subjects.

Pupils in Feversham now benefit from three hours of programmed music in their school per week. But many make up to eight hours by choosing to attend music clubs. The music lessons are all very practical and help students with all kinds of skills.

The transformation was led by Jimmy Rotheram, a previously disillusioned music teacher and pioneer school principal Naveed Idrees. The school bases its approach on the Kodaly method of learning, which involves teaching children through musical games.

This focus on creativity has improved achievement across the school, not just among musically gifted students. Mr Rotherham said the methods are ‘demonstrably more effective than drilling Sats papers’. He added: “My number one rule is that learning should always be a joy, never a torture.”

Music can transform lives. The creative potential is everywhere, but not the opportunities. Thus, his vital musical education is accessible to all, regardless of their background, and is not reserved for the privileged few.

Thus, the new National Plan for Music Education, with its commitment to financial investment, is welcome.

It sets out minimum expectations for music education in schools and explains how schools, community groups and the music industry can join forces to give young people the best music education possible.

Music should be at the heart of education. Not only does it enrich the lives of children, but it also improves our health and well-being, makes an enormous social and economic contribution, and strengthens our global reputation.

This weekend the eyes of the world are on Glastonbury as big UK stars take to the stage – but many of their journeys have started in the classroom.

We need to invest in music education to help unlock the unlimited creative potential of young people.

The Daily Express’ brilliant Strike a Chord campaign has played a key role in highlighting the role of music education and ensuring it gets the support it needs.