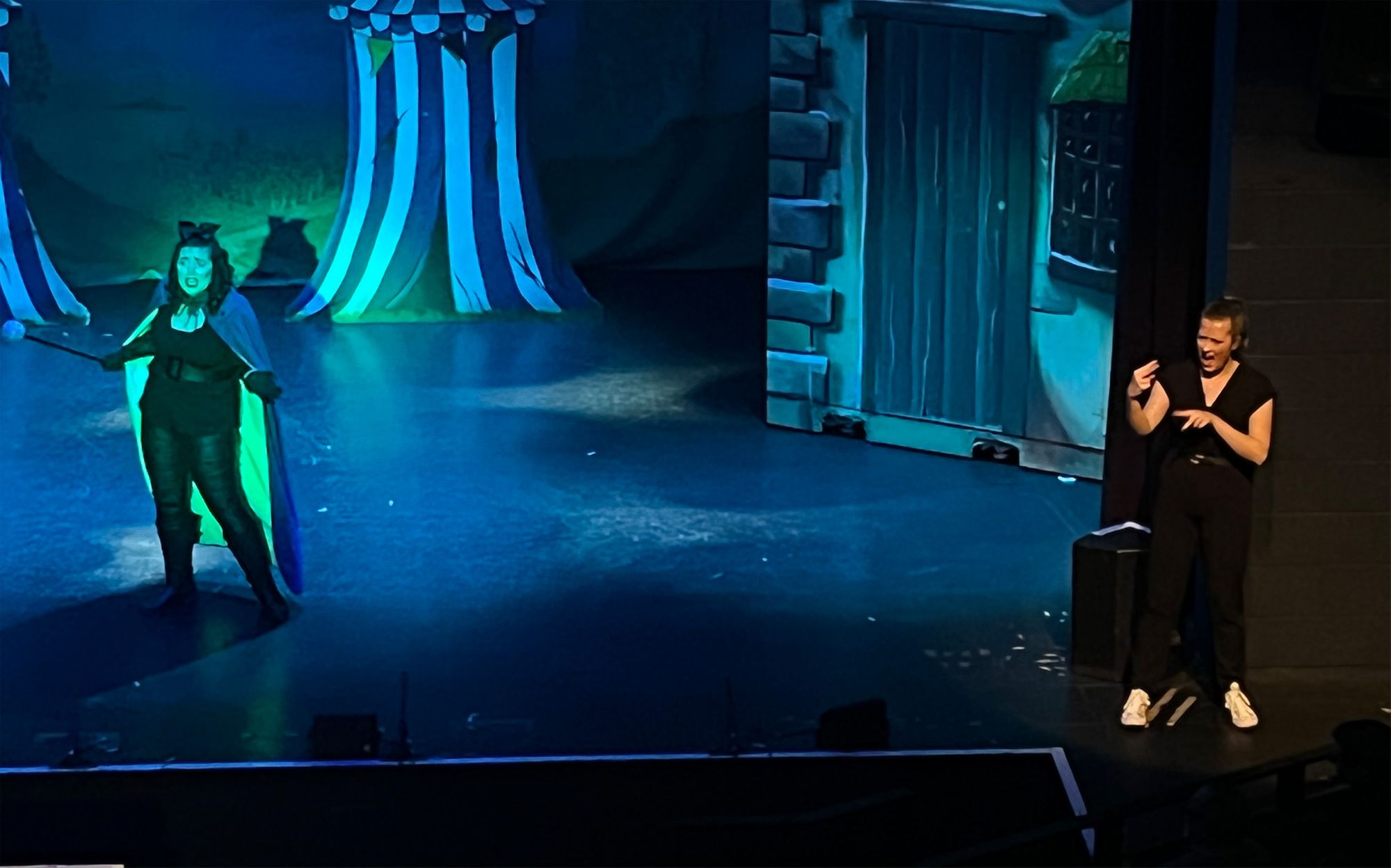 “Hamlet” in Lichfield will be translated into British Sign Language this year by Rebecca Palmer.

This year, Shakespeare in the Park, Lichfield will aim to make theater and Shakespeare in particular even more inclusive by staging their first-ever performance translated into British Sign Language (BSL).

The performance will take place on Saturday June 25 with BSL translator, Rebecca Palmer, a 17-year-old student from Stafford.

What makes this even more remarkable is that the play is ‘Hamlet’, it is staged in the middle of a wooded glade.

As well as being a talented musician and producer, she is also a highly skilled British Sign Language translator. She said: “I started learning sign language in primary school when I was nine – learning BSL levels 1 and 2 with my mum and two of my sisters.

“I completely fell in love with the language and was blessed with an amazing teacher: [email protected] who is an extremely talented sign/song performer in the deaf community. Seeing her perform from an early age really inspired me and fueled my passion for signed performances in both theater and music.

Rebecca’s only BSL theater acting experience so far is performing for the 2022 Rainbow Pantomimes production of “Beauty and the Beast”, where she signed both the dialogue and the songs.

Rebecca said: “It was great fun. And I loved adapting the songs to find different meanings depending on the story and the audience. I also enjoyed the use of expression and movement, mimicking the dance and comedic element of panto.

Rebecca is thrilled to perform alongside Shakespeare in the Park and can’t wait to be on stage in such a beautiful venue at Maple Hayes Hall.

The language of Shakespeare’s “Hamlet” will present many challenges. BSL has its own grammar, its own sentence structure and its own vocabulary. Rebecca will need to use modern English text to cross-reference and translate the meaning of text instead of text script.

BSL concepts and meanings are displayed visually with the subject based in the center of the sentence. For example, the famous line “To be or not to be that is the question” would be signed “future live, die which, me wonder”.

Rebecca says: “It’s going to be a huge challenge translating and performing ‘Hamlet’ but I hope I can rise to the challenge. I’m so honored to have such an amazing opportunity and I’m super excited to play alongside an amazing group of people.

This year’s production runs from June 22 to June 25 and tickets can be purchased here.

Get all the latest news, updates, things to do and more from Lichfield, Staffordshire’s dedicated InYourArea feed.