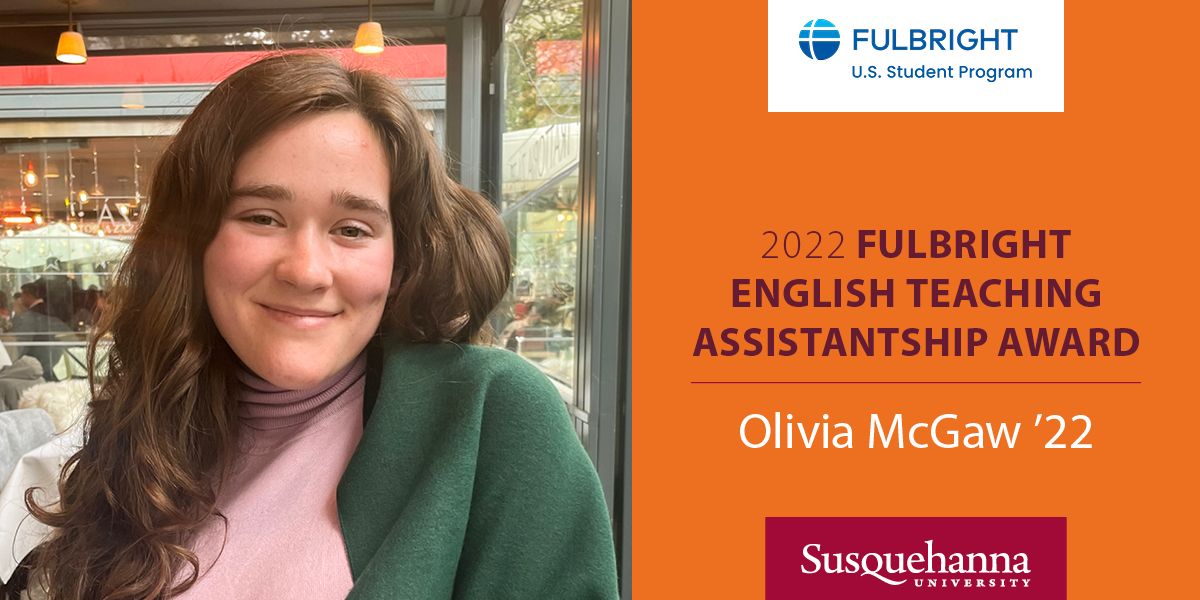 “When I received notification from Fulbright that I was a finalist, I was thrilled,” McGaw said. “I had been waiting for this decision for so long, since October when I submitted my application, that when it finally came, it didn’t seem real.”

Each year, the Fulbright Commission receives around 10,000 applications and awards an average of 2,000 awards to students to conduct research, study or teach abroad in more than 160 countries around the world.

McGaw, from Bloomsburg, Pennsylvania, will use his Fulbright to build on his recent study abroad experience in Spain. She plans to pursue a master’s degree in teaching English as a second language as preparation for a career in migrant education. McGaw said her interest in migrant education began when she volunteered to teach English as a second language at Central Susquehanna Intermediate Unit. Almost all of his students were Spanish-speaking.

“I realized that I could make a real difference with my Spanish skills if I entered a field that worked with people whose first language was not English,” McGaw said. “I was so inspired by all of my students and the hard work they were doing to learn English.”

McGaw plans to teach Spanish as a second language to immigrants in Spain as part of his Fulbright Service Project.

“This experience next year will further strengthen my foreign language teaching skills and my understanding of immigrant experiences in a cross-cultural context,” McGaw said.

History professor Karol Weaver leads Susquehanna’s program which is dedicated to nurturing potential scholarship applicants and supporting them through the application process. McGaw also received support throughout the application process from education and Spanish teachers, as well as the SU Career Development Center.

The Life and Death of the Spanish Language in the Philippines