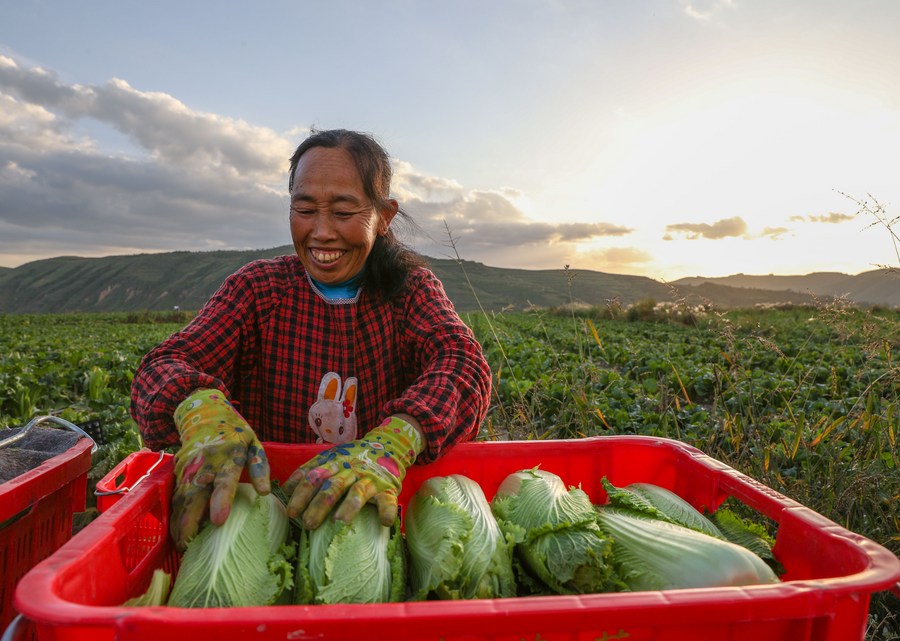 YINCHUAN, March 17 (Xinhua) — Nestled in the foothills of Liupan Mountain, Xiji County was one of the latest in northwest China’s Ningxia Hui Autonomous Region to rid itself of the scarcity, with local women playing a major role in the rural backwater’s fight against poverty.

The county, with a population of nearly half a million, was a Chinese Communist Party (CCP) revolutionary base, where the First and Second Armies of the Red Army front joined forces in October 1936. , marking the final victory of the “Long March”.

However, Xiji suffered due to poor public infrastructure, and the majority of its men preferred to migrate to larger cities in search of work. Rural women at home began participating in local poverty reduction efforts and became a driving force in the county’s drive toward prosperity.

The family of Luo Aiping, a 43-year-old resident of Jiqiang County in Xiji, lived on the earnings of her husband, a decoration worker.

In 2019, the city established a soft drink factory, which processes local delicacies like goji berry and sea buckthorn into juice, and Luo joined the factory as a worker in charge of packaging finished products. .

This is now Luo’s fourth year in the factory. She can earn about 4,000 yuan (630 US dollars) per month. There are about 110 workers in the factory. Most of them were housewives from surrounding villages and towns.

About half of the working families were previously classified as poor households, but they all climbed out of poverty through diligence and hard work. “The factory has helped us live a better life,” Luo said.

In 2020, Xiji was removed from the poor list, becoming the last impoverished county in Ningxia to overcome absolute poverty, thanks to China’s poverty alleviation campaign. Today, the county’s annual per capita income is over 12,000 yuan.

Rural women like Luo become Xiji’s reliable labor force and they continue to contribute to the stable and solid development of the county.

Xinglong Township in Xiji County has a shopping street known to locals as “Poyi Street”. “Poyi” means married women in the local dialect. It bears this name because most of the shops are run by local married women, especially women from the Hui ethnic group.

Ethnic clothes, delicate carpets, cosmetics, daily necessities and different types of halal food can be spotted all over the street.

Zhao Ping, 54, now owns four stores on the street. She was a street vendor, struggling for a decent life for almost three decades.

“The local government provided us with the necessary guidance and grants to help us start our own businesses. We can run our business here with ease and look forward to a bright future,” Zhao said.

At a local potato noodle factory in Xiji County, dozens of female workers were busy making potato noodles, also dubbed “Red Army Potato Noodles”, which are expected to be sold in all the countries.