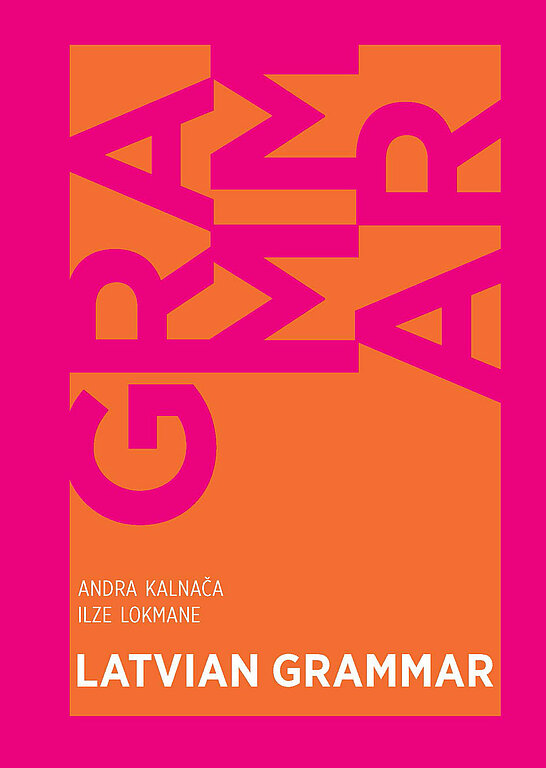 Release of the book ‘Ltvian Grammar’ in English / Article

As noted in the annotation of LU, The â€œLatvian Grammarâ€ was written to make information about the Latvian language and its grammatical system more easily accessible not only in Latvia, but also beyond its borders. A modern grammar of Latvian written in English is as important for native speakers of Latvian as it is for those who have learned Latvian as a second language and is also of great value to anyone interested in the culture and history of Latvia or the Latvian language itself.

As the authors said on the Latvian radio show Rondo of KultÅ«ras By July 16, the book had taken a lot longer than expected, about seven years.

“We hadn’t planned before that one thing was to write the Latvian text, then translate it into English, then treat the examples in a special way so that they could be understood, then we had to do it. re-edit – at least two, if not three times, to review the whole text, to reconsider it, â€said Andra KalnaÄa.

Ilze Lokmane believes that the book will be useful to many: the Latvian diaspora abroad, their children, those who learn Latvian as a foreign language, as well as foreign linguists.

The monograph is a deep dive into three aspects of grammar: morphonology, morphology and syntax, with elaborate descriptions, graphics and tables. The detailed introduction provides information on the history of the contemporary language and dialects, so get ready for some serious reading in a serious Latvian way.

The book â€œLatvian Grammarâ€ is available free of charge in print and PDF (accessible here).

Did you see an error?

The most confusing grammar rules in English