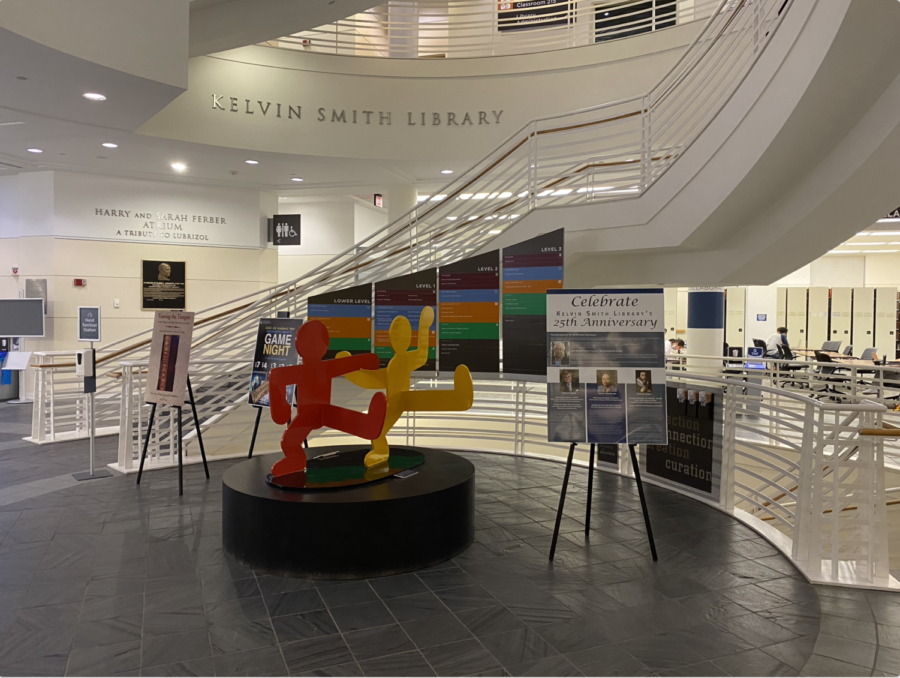 KSL celebrates 25th anniversary with speakers and events – The Observer

Kelvin Smith Library (KSL) is celebrating its 25th anniversary this year, during which a variety of events have been and will be held. All events are free and open to students and faculty of Case Western Reserve University, as well as the rest of the Cleveland community.

The first in this series of events took place on Thursday, September 30, when four guest speakers spoke about the history of the library and its accomplishments over the years, while highlighting the people who made this show a reality.

Speakers included Ben Vinson III, Rector and Executive Vice-President of the CWRU, Ellen Stirn Mavec, President and President of the Kelvin Foundation and Eleanor Smith and Member of the CWRU Board of Trustees, Arnold Hirshon, Vice-Rector and Librarian of Lindseth Family University at KSL; and Louis Menand, Anne T. and Robert M. Bass Professor of English and Lee Simpkins Professor of Family Arts and Sciences at Harvard University.

Menand’s presentation, â€œHow to Predict the Present,â€ explored why we write about history, how we should read it, and why it matters. Menand is a writer for the New Yorker and the 2002 Pulitzer Prize winner for his book on American pragmatics, “The Metaphysical Club”.

The second event took place on Wednesday October 6, during which Bryan Garner gave a virtual presentation titled “Taming the Tongue by Pursuing the Sun”. Garner is the author of over 25 language-related books and the current editor of Black’s Law Dictionary. The presentation featured KSL’s Special Collections exhibition of 100 items arranged from Garner’s personal collection of â€œEnglish Grammars and Dictionariesâ€. During the presentation, he also gave a tour of the objects in the Special Collection exhibit, as well as its main library in Dallas, Texas. Participants had the opportunity to view the exhibit at the end of the presentation and interact virtually with Garner.

The last event will take place on Thursday, November 18, from 9 a.m. to 4 p.m. Many CWRU speakers will talk about Johannes Kepler on the 450th anniversary of his birth. Kepler was one of the first to claim that the sun was the center of our solar system. His work has spread to many subjects, not only in astronomy and physics, but also in music. He discovered that the planets in the solar system follow elliptical orbits around the sun and other laws of planetary motion. KSL’s Special Collection recently acquired an invaluable 1621 edition of the Mysterium Cosmographicum, which laid the foundation for many of Kepler’s activities.

On the evening of November 18, the CWRU Collegium, Early Music Singers, Baroque Vocal Ensembles and Baroque Chamber Ensembles will come together to host a concert at the Maltz Center for Performing Arts in honor of Johannes Kepler. Guest artist Bruce Dickey, director of the Concerto Palatino and world-renowned cornet player, will lead the CWRU Historical Performance Practice Ensembles with music inspired by Kepler’s ideas.

â€œThe 25th anniversary is an opportunity not only to reflect on the major contributions of the library, but above all to inspire conversations about the library’s ever-evolving role in research and scholarship,â€ said Arnold Hirshon.