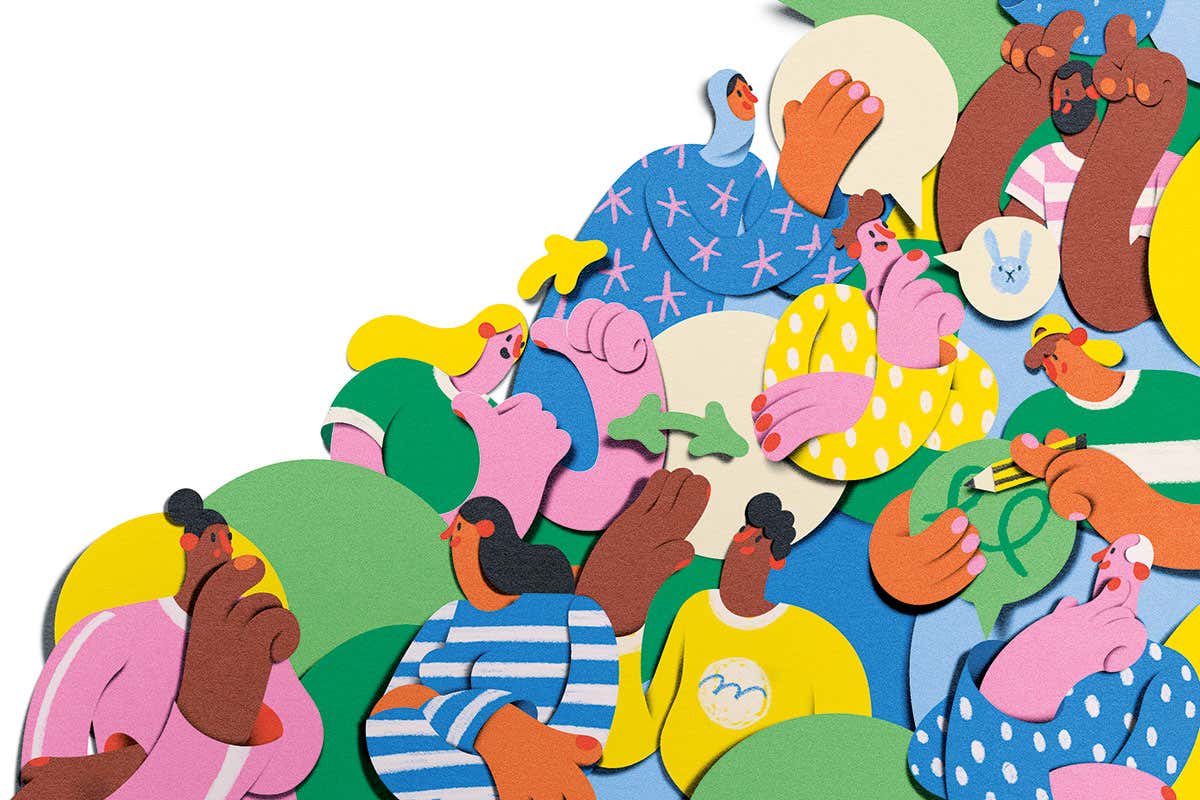 Our command of language presents many mysteries, including where grammar comes from and how children learn to speak so easily. Now the researchers say it all makes sense if you think of language as a game of charades.

AT the beginning of the afternoon of January 16, 1769, HMS Endeavor anchored in Good Success Bay in Tierra del Fuego. When Captain James Cook and his crew disembarked, they were met by a group of Aboriginal people, probably Haush hunter-gatherers. Two members of Cook’s group came forward. Soon two of the Haush came forward as well, held up small sticks and tossed them aside. Cook’s men interpreted this as an indication of peaceful intentions. They were right: the groups were soon exchanging gifts and sharing food. Without a common language and inhabiting completely different worlds, they could nevertheless communicate through a high-stakes game of cross-cultural charades.

Most of us have faced our own communication challenges, perhaps resorting to pointing and gestures abroad. And yet, in everyday life, we rarely give language a second thought – let alone its many puzzling mysteries. How can noises convey meaning? Where do the complex layers of linguistic models come from? How come children learn language so easily, while chimpanzees can barely learn it?

We believe these questions have gone unanswered because scientists have poorly studied language. A growing body of research is undermining mainstream ideas that humans possess an innate linguistic ability somehow hardwired into our brains, encoding grammatical rules. In our new book, The language game, we argue that language is not at all about rules. As Cook’s encounter illustrates, it’s about improvisation, freedom and the desire to be understood, constrained only by our imaginations. This radical idea helps explain these longstanding mysteries about language – as well as how language evolved and why it makes humans special.

Where did the Vikings settle in Suffolk?