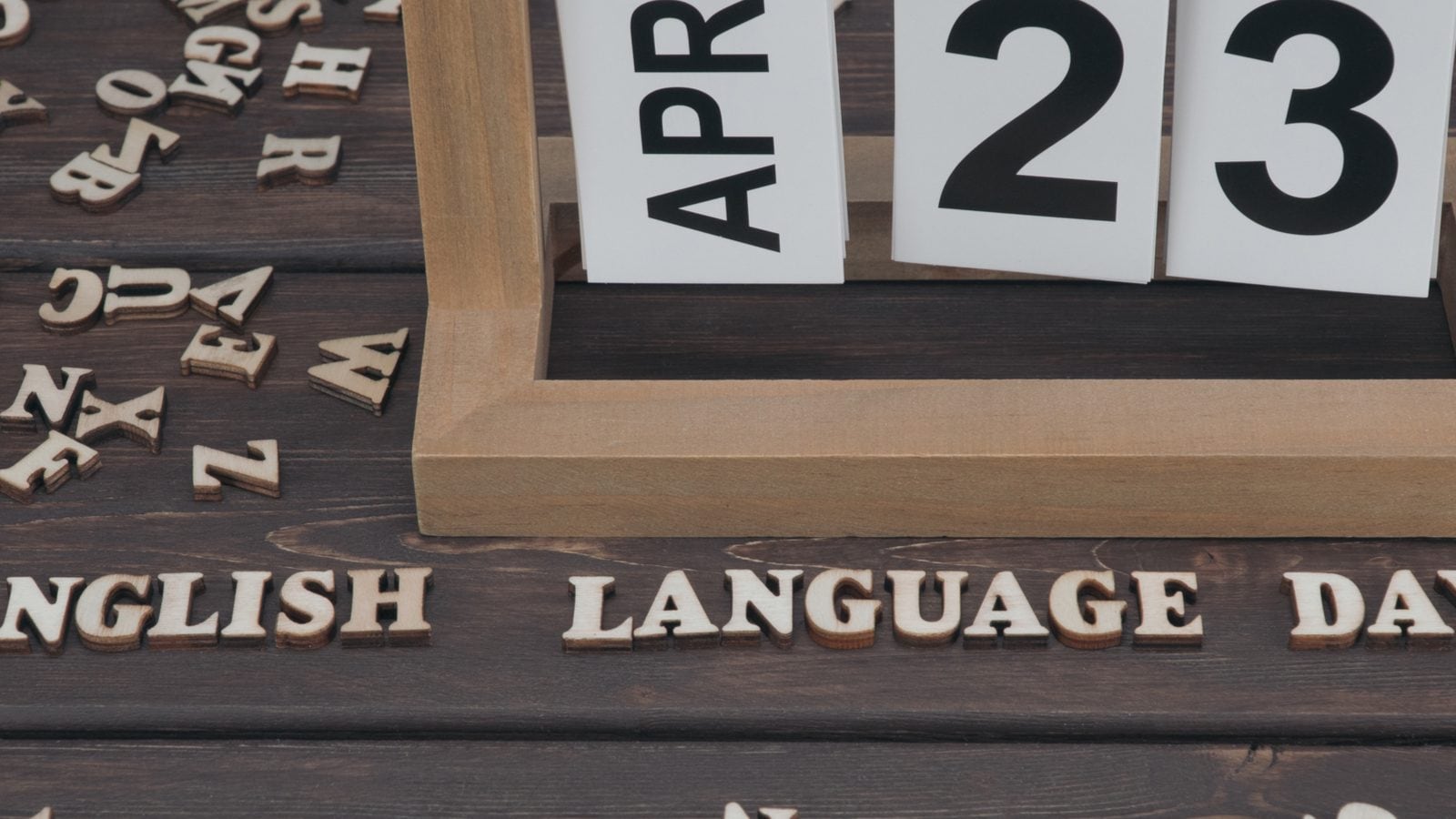 ENGLISH LANGUAGE DAY 2022: April 23 marks United Nations English Language Day. This day is celebrated to raise awareness and respect for the history, culture and achievements of each of the six working languages ​​of the United Nations. Furthermore, it is also known for the birthday and death date of world famous playwright William Shakespeare.

In 2010, the Department of Global Communications decided to observe April 23 as English Language Day with other days observed for each of the six official UN languages, namely English, Arabic, Chinese, French, Spanish and Russian.

The main objective of this day is to celebrate multilingualism and cultural diversity and also to facilitate the equal use of the six languages ​​throughout the organization.

English, the international language, is the most widely used and spoken on the planet. Over 1.75 billion people speak English worldwide, which has become the only way for two speakers with different native languages ​​to communicate with each other. More importantly, the English language has been adopted as the official language in more than 67 countries, which has made it the language of commerce in the world.

So, without a doubt, this dominant language plays an important role in the world creating an impact on all areas of work.

Here, let’s take a look at some English language related quotes given by famous personalities:

“With hard work, learning English and dedication, there is no limit to what you can achieve.”- Arnold Schwarzenegger

“Speaking English is like a tongue twister to me. I can pronounce every word perfectly, but then you have to string them together, like, ‘Blah, blah, blah.’ This is where I go crazy.”- Jackie Chan

“Language is the roadmap of a culture. It tells you where its people come from and where they are going. »- Rita Mae Brown

“The English language is like London: proudly barbaric but also deeply civilized, common but royal, vulgar but processional, sacred but profane. Stephen Fry

“We don’t just borrow words; on occasion, English has chased other languages ​​down the alleys to beat them unconscious and search their pockets for new vocabulary. James Nicol