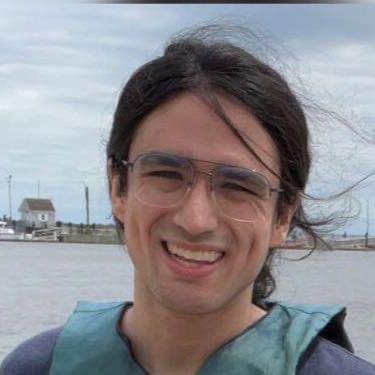 NEW HAVEN — More than 350 Yale students are using their fluency in dozens of languages ​​to help residents who don’t speak English navigate courts, family services and even prisons.

Sophie Huttner, who helped found the Yale Interpreting Network in 2018 and is its president, said: “We were founded basically because we realized there was this gap between the services available to New Haven residents and the ability of people who did not speak English to access these services.

Interpreters must be provided for non-English speakers in court, but they are not provided for meetings with lawyers. Professional interpreters can be expensive. Family members are not always available and, in domestic matters, may not be suitable to act as interpreters.

YIN members also see their volunteering as a way to serve the people of New Haven, providing an objective and consistent presence in sometimes difficult cases.

“There is a level of anonymity and a level of professionalism that our interpreters can provide while allowing non-profit organizations to access interpreting services that are often somewhat out of their budget,” said Huttner.

“We’ve grown to over 75 languages, which is really remarkable,” she said. “I’m a big fan of linguistics and sometimes I have to… look up the languages ​​we have in our database, which is just amazing.”

Huttner said, “Our informal motto is ‘Albanian to Zulu'”, and interpreters are available for those who speak Amharic, the official language of Ethiopia, Bengali, Arabic, Mandarin, Pashto, Russian, Swahili and Haitian Creole.

Among the organizations that use YIN’s services are the New Haven Health Department, Integrated Refugee and Immigrant Services, the Center for Family Justice, and the Hebrew Immigrant Aid Society.

Chriss Tuyishime, a sophomore from Kigali, Rwanda, is interested in ethics, politics and economics. He is neither a lawyer nor an American citizen, but he speaks Kinyarwanda, the national language of Rwanda, and was therefore able to help a woman in a legal matter.

“It’s sad the things they can’t do just because they don’t speak the language,” he said. “So I just have this opportunity and I appreciate [contributing] in this way.”

But he also found it emotionally difficult. “The experience was rewarding in the sense that I felt like I was doing something impactful with my skills,” Tuyishime said. “But in the moment it was also very difficult. It was very strong emotions, very strong, because sometimes the client was talking about things that hurt him a lot, and he was talking with so much pain.

Murilo Dorion is a junior from Sao Paolo, Brazil, specializing in sociology. Portuguese is the national language of Brazil, but Dorion’s parents immigrated from Chile and speak Spanish. While interpreting in both languages, Dorion said: “Spanish is a bit more difficult because I speak mainly Colombian and Chilean Spanish and the community here has a lot of Dominicans and Mexicans who have a different dialect. .”

The interpretation for the Brazilians gave Dorion insight into the inequality here and at home, he said. “Brazilians are coming to Connecticut through very, very different routes, with very, very different levels of support, from very different places. I think I came here from a privileged place of being able to attend Yale, of having structural support…whereas a lot of people who end up having conflict with the justice system don’t have those levels of support. I think it’s a reflection of the inequality in Brazil that’s also showing up in Connecticut.

He said volunteering as an interpreter, dealing with domestic and immigration cases has been “an interesting way to engage with the Brazilian community outside of the Yale bubble.”

Coming to Yale as an international student, translating forms for her parents was “pretty stressful,” Dorion said. “I can’t imagine how stressful it would be if I said something and no one understood what I was trying to say. It’s just my worst nightmare.

Maureen Abell, an attorney with New Haven Legal Assistance, said she was grateful to YIN and Dorion when she needed a Portuguese translator to help a client at a prison in Plymouth, Mass.

Abell had used a Spanish interpreter and struggled in court to answer the judge’s questions about his client’s position. Dorion, with only two days notice, took a day to travel to Plymouth to perform.

“When Murilo agreed, we were about a week and a half away from trial,” Abell said. “But even the one long meeting we were able to have with him helped me so much to realize how much I hadn’t understood the story, how much I had been misunderstood, how much he didn’t There was more to it than I wasn’t able to explain.

“I really can’t speak highly enough of the quality of service they provide,” she said. “They are friendly, they are so ready to help. I cannot recommend them highly enough to people who qualify to use their services. »

Kimberly Wenceslao, a junior from Lynwood, Calif., whose parents immigrated from Mexico, said interpreting for Spanish speakers “was probably one of the most symbolic moments of my time here at Yale.”

“When I started it was almost selfish of me in the sense that it was a way for me to feel like I could finally have a conversation with someone in Spanish because I don’t do that as much on campus,” she said.

“My parents, my family would be the family that uses these resources back home in Los Angeles,” she said. “It’s amazing to be able to help, whatever skills you have, to these communities in need. And it’s the least we can do as Yale students in the city, as well than as residents of the city during our stay here.

Shreeya Singh, originally from Gujarat, India, interprets in Urdu, a Pakistani language, even though it is not her mother tongue and she immigrated to the United States when she was very young. His family lives in Fort Lauderdale, Florida.

“I’m a native Hindi and Gujarati speaker, but Hindi and Urdu are so similar in dialects, kind of have similar roots,” she said.

“Urdu tends to be spoken more widely in Pakistan than in India, where Hindi speakers are the majority, but there is enough overlap between the two dialects that I can understand Urdu when it is spoken,” Singh said. She can’t read it though. “Urdu script is basically Arabic script, written from right to left, then Hindi is a Sanskrit-based script written from left to right,” she said.

Singh graduated in December and will go to Oxford University as a Rhodes Scholar in September, to study public policy. She recently helped a woman in a domestic violence center who was totally dependent on her partner.

Although it was difficult to hear the woman’s story, “I think the experience was being so humbled to be able to use the skill to help someone, but also to realize that there is has all this network that YIN has that really bridges the gaps that make people’s lives so, so difficult and it was empowering to know that at least she had access to the legal services that she needed through YIN,” a- she declared.

Speaking Urdu is also somewhat of a political act for Singh. “Increasingly, as South Asia becomes more polarized, Indian politics really tends to exclude Muslims from India and from citizenship,” she said. “It is actually quite controversial to speak Urdu in India and Urdu poetry has been banned because it is often seen as revolutionary.”

Huttner, a junior studying global affairs, is from Montclair, NJ, and as a “language learning enthusiast” he can interpret in Spanish and Portuguese. She said she wanted to study law, and interpreting exposed her to the legal system like no other Yale club could.

“What I love is that it makes me see how many people we have on our campus here at Yale who are so passionate about helping others in our community,” she said. “And seeing how much diversity we have and how people are so eager to use their backgrounds and skills to help others has been a truly amazing experience.”