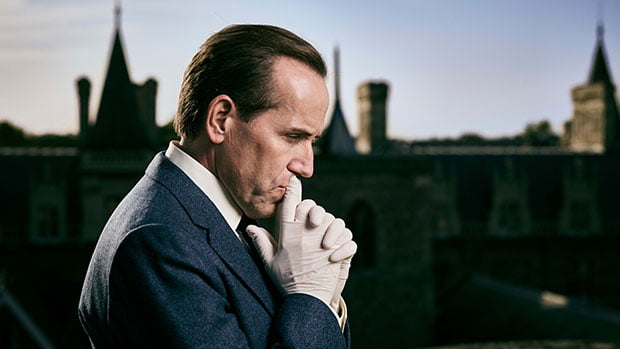 Ben Miller in Professor T which debuted on ITV

The company will be based in Flanders and will produce a wide range of content in English with creative talent from Flanders and beyond. Vos will serve as the chief executive of Happy Duck Films, with Eagle Eye production manager Isobel Nicholson also serving on the board.

McGrath said: “When we set up Eagle Eye three years ago our main aspiration was to bring exciting new talent into the UK production community. We were determined to look beyond our shores and bring in some wonderful, high caliber creatives from Europe and around the world who could bring a fresh tone and feel to the screen.

“We have always been drawn to Flanders as a rich source of strong creators in all disciplines of scripted program creation, so the region was always likely to be the natural next step in our growth trajectory. Dries’ reputation as one of Flanders’ top directors will ensure that Happy Duck Films will attract new talent and keep Eagle Eye at the forefront of creative, artistic and business innovation.

Vos added: “Working with Eagle Eye over the past two years has been an exciting opportunity to bring some of Flanders’ best creatives into the glamorous arena of creating English programming. The new venture will take our shared ambition to the next level, becoming a gateway for the best and most visionary talent from Flanders, Belgium and beyond to create a rich roster of great British shows.