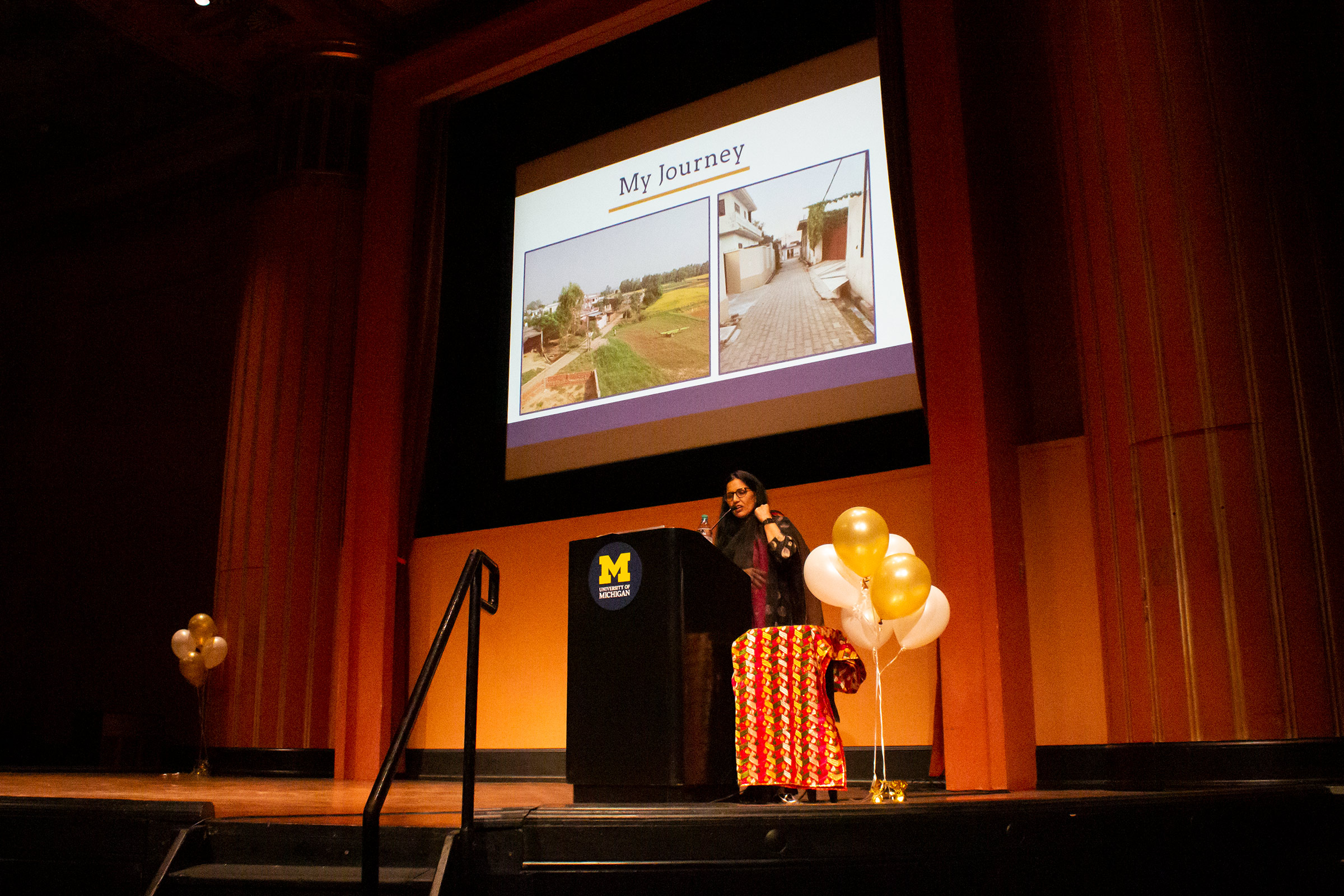 Dr Pinderjeet Gill talks about language as a form of connection

Gill has taught Punjabi and Hindi in the Department of Asian Languages â€‹â€‹and Culture at the University of Michigan since 2005. In her speech, Gill began by thanking her students for the award and sharing a story about her childhood.

This year marks the 31st annual Golden Apple Awards, an award given by students to faculty members with exceptional dedication to teaching. The selected staff member also has the option of giving an open talk to the Ann Arbor community.

Gill, who received his doctorate. at 27, cites her mother as a major factor in her university career and her desire to pursue higher education. Gill said her mother was unable to attend school due to the circumstances brought about by the partition of India and Pakistan in 1947 which resulted in the displacement of millions of South Asians.

â€œMy family had to migrate to India, leaving behind everything they owned in what we know today as Pakistan,â€ said Gill. â€œThere were a lot of families who were displaced at that time. And many, many children have been separated from their families. My mom started living her dreams through me, and I hope her dreams came true today.

Gill later explained how difficult it was to move to the United States because she had to adapt to a new language and culture. She told the story of when she was first made to feel welcome in America, when a woman greeted her and her husband in her native language.

â€œShe rolled down her window. I was very confused and rolled down my window. She must have seen that my husband was wearing a turban. She smiled and said: ‘Sam sri akaal, ‘â€Said Gill. â€œAt that point, she and I connected with a welcome. My husband and I were incredibly happy that someone recognized us and our culture.

Rackham student Conner VanderBeek expressed his own appreciation and connection to the Punjabi language, explaining that they learned Punjabi while growing up. However, they said it was difficult because they lived in a mixed household.

â€œFor me, learning Punjabi was a way to connect with my grandparents, my family and my heritage, because language is obviously a form of communication,â€ said VanderBeek. “It opens up worlds you wouldn’t necessarily have known.”

Ramneet Chauhan, senior at LSA, who previously took a course with Gill, explained how Gill brought attention to the Punjabi language as a native speaker.

â€œI took his course and he was a great teacher,â€ said Chauhan. â€œShe is very accommodating. She was really passionate. And I really like that she shines a light on our beautiful language.

Gill also shared a few words and phrases from her native Punjabi with the audience, including “Bhale Bhale” (encouragement or excitement), “Sadke jawan” (self-sacrifice for mothers), “Main vari jawan” ( older mother or grandmother figure expressing love for a child), and “Meharbani” and “Shukriya” (thank you).

â€œLanguage is not just a mode of communication, it is a precious treasure for people and reflects the growth of nations,â€ said Gill. â€œIt reveals all the deepest layers of people’s spiritual life, their historical memory, which happens to be the most precious heritage of centuries. Each language is endowed with beautiful words and phrases that express emotions of love, praise, passion, as well as condolences.

Gill explained how words from South Asian languages, including Punjabi, began to establish presence and importance in the Western world. She specifically cited examples of words included in the Oxford English Dictionary that originate from South Asian dialects.

“It is interesting that the Oxford Dictionary contains many words in Punjabi, Hindi and Urdu, especially in the areas of clothing and food which have been recognized globally,” said Gill. â€œWords like lassi, khichdi, paupad, gulab jamun, masala, puri, chutney. â€¦ These were different things in South Asian culture, things that traveled around the world with South Asians.