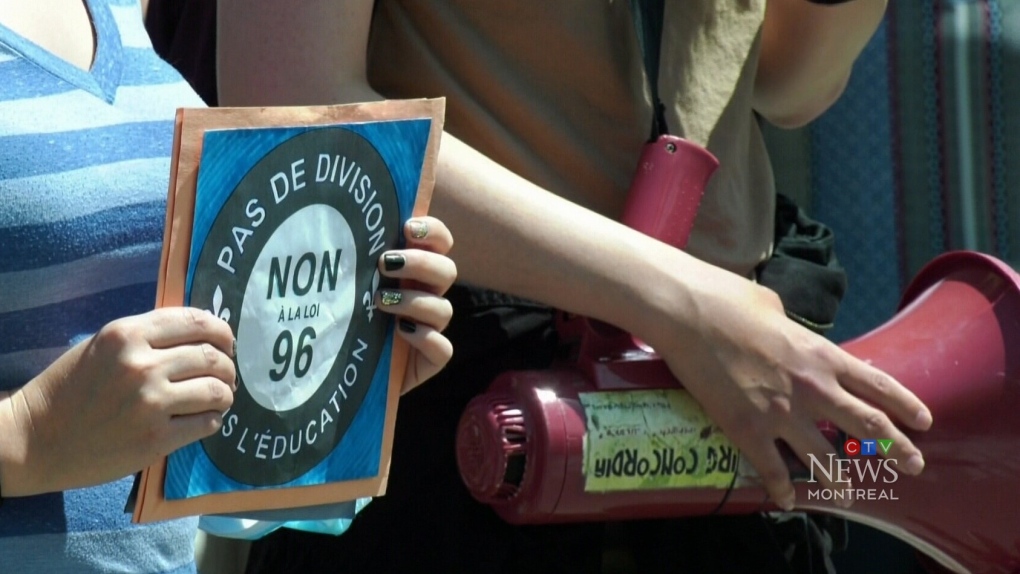 Several dozen demonstrators were in the NDG borough of Montreal on Sunday to demonstrate against Quebec’s Bill-96.

Mohawk Council of Kahnawake Chief Mike Delisle crossed the St. Lawrence River to participate in the protest as he feels betrayed by the province’s language reform bill.

“This is something that goes against not only Indigenous rights and English speaking rights, but we feel human rights in all areas,” he said.

Delisle, who served as grand council chief under previous Quebec governments, called the relationship between his community and the Quebec government “hot and cold,” adding that the Mohawks are not being listened to.

“The message to everyone in the Government of Quebec and to all civil servants in its administrative staff is that until the first meeting with our great leader, all bets are off,” said Delisle.

Sunday’s turnout was significantly lower than a week ago, with some discouraged that people could lose the fight.

Legal challenges are already underway, challenging the constitutionality of the bill.

“How would it be acceptable for me not to be able to communicate with one of my future clients in such a way that he could understand what he was getting into? This is unacceptable,” said law student Céleste Trianon.

Protest organizer Irwin Rapoport would like the federal government to intervene.

“Trudeau is the one who said that the federal Liberal Party is the defender of the rights and freedoms of Canadians; let it be,” he said.

Prime Minister Justin Trudeau and federal Justice Minister David Lametti spoke out last week, saying they are concerned about Bill 96, but will wait to see how it will be implemented.