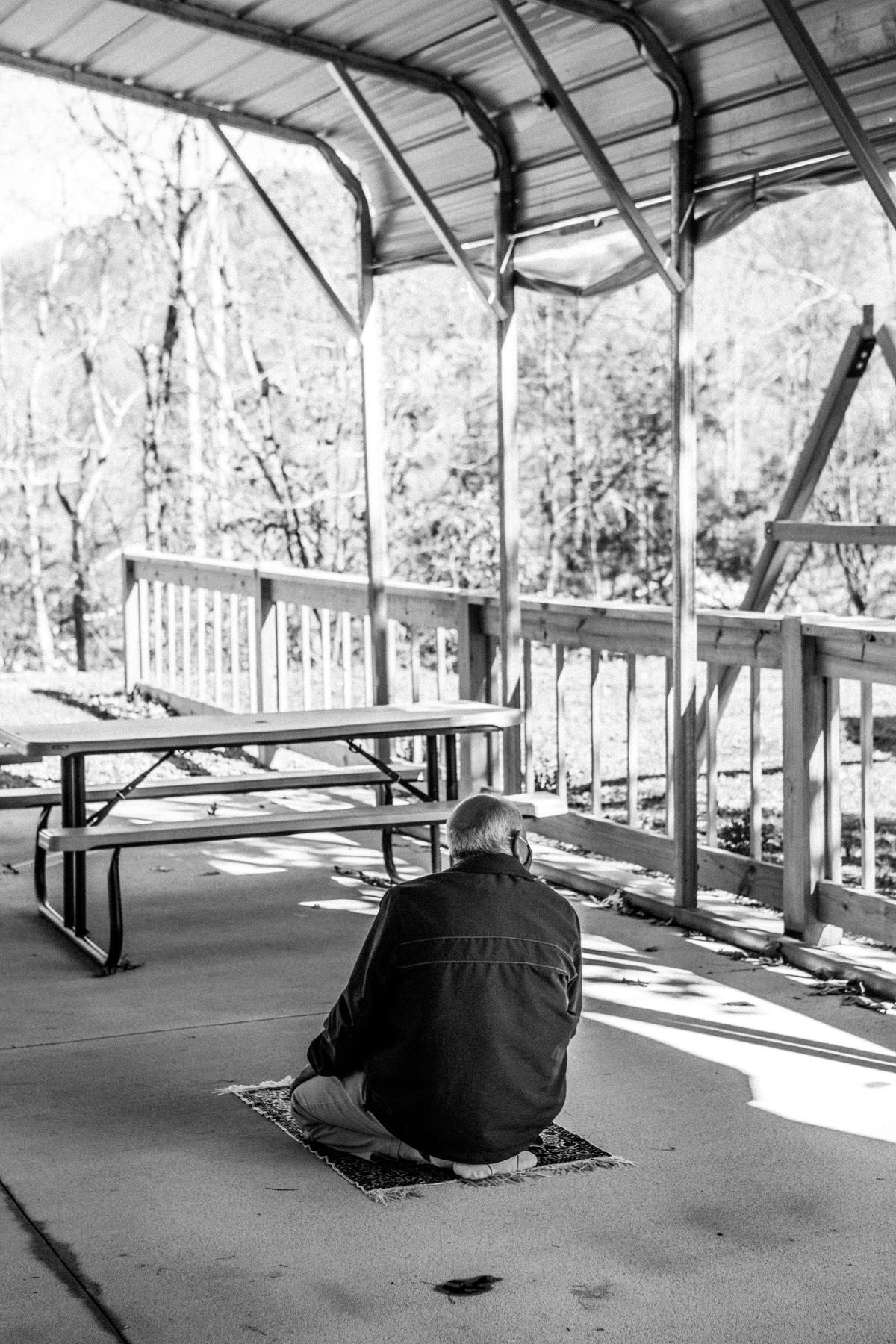 The small congregation at the Islamic Center of Asheville has nearly doubled in size in recent months. The new arrivals are Afghan refugees who have been welcomed since the U.S. pullout from Afghanistan in August 2021. The federal government, various cities, faith communities and nonprofit organizations have rushed to support the new arrivals, and they were also helped. by an interfaith network of social workers, social workers and volunteers, with schools and businesses doing their best to accommodate them. However, practical concerns on the ground make daily life in their new country difficult for the refugees, and an ambiguous future looms before them.

Located in North Carolina’s Blue Ridge Mountains, Asheville is a progressive island surrounded by bright red Trump-voting counties. It may not seem like an intuitive place to send Afghan refugees, and yet there they are — 42 of them, according to Sandy Buck, program director Catholic Charities Diocese of Charlotte. They arrive with a one-time stipend of $1,225 each from the federal government (“everything they get for the rest of their lives,” she said), which is usually earmarked for rent and then topped up with donations. community and faith-based organizations.

Buck said that to do the resettlement work, the U.S. government partnered with nine nongovernmental agencies, which left them with a short list of places to send refugees and evacuees who arrived in the U.S. from the United States. Afghanistan last summer. Among these agencies is the American Council of Catholic Bishops, which since 1975 has entered into various agreements with the federal government to assist in the resettlement of refugees. As an affiliate of the United States Council of Catholic Bishops, Catholic charities offices across the country perform resettlement work. Buck said that while refugee resettlement is usually done with the goal of placing clients somewhere with a community that shares their cultural background, with the pullout from Afghanistan the priority was simply finding an affiliate who would accept them. . “They needed to go somewhere,” Buck said. “They just had to get them out of these military bases and get them to safety.”

CCDOC refugee resettlement case coordinator Noele Aabye, who works with Afghan evacuees in Asheville, said it was a Catholic Charities volunteer – a Muslim from Pakistan – who initially helped connect her agency to the Center Islam of Asheville. He “had this lived experience of coming to the United States and having to learn a whole new way of life, and so had a lot of empathy for the people who were coming in,” Aabye said. Once they figured out when the Islamic Center was holding Friday prayers, she said, her agency was able to “put together a team of volunteers with CCDOC to coordinate picking up everyone and getting them to the prayers. Friday and back”. She said the Islamic Center served as a bridge, connecting CCDOC to volunteers and providing emotional and material support to evacuees.

Now, months later, a variety of community organizations and churches of other faiths are helping Afghan refugees. Aabye said church assistance includes help with groceries, medical appointments and laundry, as well as church vans providing transportation, which is crucial because Asheville does not have transportation. strong in common. She said community support ranged from schools providing halal food and prayer spaces to a landlord who made sure the house where some Afghans are staying pointed in the direction of Mecca.

One Friday in late February, before prayers, I met a large extended family of Dari-speaking Afghan refugees over tea and Oreos. Members included two parents, their five children and a few nephews whose parents are still in Afghanistan. Aabye said they were the only intact family to arrive in Asheville. We waited for Aabye to work on a service to communicate on her personal phone with a translator, which she would put on speakerphone. The translator could come from anywhere, Aabye said: London, Texas, Canada. She said that many remote interpreters work from home, so sometimes during our conversation there was indistinct silence, noise or conversation on the other end of the phone while we waited for the interpreter to provide the translation.

The family patriarch, whose name is withheld out of concern for the safety of the family remaining in Afghanistan, spoke of two culture shocks: the change that occurred after leaving Afghanistan for the United States, followed by the changes between leaving the military camp and beginning life outside the gates. When I asked about the spiritual support he and his family received by attending Friday prayers at the Islamic Center, he told me that although they did not understand the English part of the service, the prayers were the same everywhere. As to whether his children will maintain the Muslim faith they brought back from Afghanistan, he said that as far as he is concerned, it is their choice now. “They are free,” he said. “They do as they want to live. But in Afghanistan, no, that is not the case. It depends on them. They can choose, they can do anything. They are Muslims at the moment, and they follow their religion, but it’s their decision and their life, and they have this freedom to do what they want. Through the translator, he expressed confidence that they will remain true to their religion, but noted that ultimately they will decide for themselves. They are Muslims, he said, and under US law they are free to follow their religion here without outside pressure. In America, her children are free to Choose Islam.

Soon a van from a local Episcopal Church arrived to take the family to Friday prayers. The Islamic Center of Asheville is a small, no-frills building on top of a hill. To the side, a cheerful wooden playground overlooks the town of Asheville and its tree-covered mountains. On this warm, bright late winter day, the sun shone overhead with a welcome promise of spring.

Timothy Garrett, the khateeb (pastor) at the Islamic Center in Asheville, said the congregation already had over 100 families, and since the arrival of the Afghans they have added another 60, which “almost doubles[s] us.” (Buck said there was another agency doing resettlement in Asheville besides CCDOC.) He described the Afghans as “gathering into little pockets,” which he said , doesn’t bother him, because according to him, “it helps them a lot to fit in. It’s easier when they can do it together.

Friday prayers provide a crucial lifeline, spiritually and literally. “There are so many families stuck in so many different places, it’s really difficult,” Garrett said. “So it’s really great that [community volunteers] bring them here on Fridays so we can see the same faces and shake the same hands. Attending Friday prayers, he said, helps the Islamic Center “assess who is here, who is not, so that we can selectively say, ‘Let’s go visit these people, we don’t haven’t seen them for two weeks.’ If you see people missing, you’ll make sure they’re okay.

A new head of the Islamic Center will soon arrive from Jordan, who will establish regular evening Quran study classes, which Garrett said is typical in Muslim communities, with classes focusing on things like character, education children and family life. Garrett said he hopes the Islamic Center will see even more refugees as their English improves, and that over time he hopes Afghans who speak English will help as translators so that other refugees can participate. Meanwhile, the Afghan family I met told me that although they can understand the prayers, the Islamic Center is not really a social outlet, since the Afghans and the other faithful cannot understand each other.

This language barrier is particularly difficult, Garrett said, given that there are many different languages ​​and dialects in Afghanistan. But the refugee situation may soon change. Buck said community colleges and volunteers have helped with English education. Aabye said English lessons take place from Monday to Thursday, with Friday being a day off.

Despite all the accommodations, meals and calls from local businesses with job offers that have been described to me by staff at the Diocese of Charlotte, uncertainty still characterizes the existence of Afghan evacuees in Asheville. “Life is very difficult in Afghanistan,” said the Afghan father. “Very, very difficult. All the loved ones and family we have there are suffering. There is no food, there is no medical care. But we, we came to this country, we are safe, we have bread, food, clothes, and it’s actually very difficult for us to see that we have everything, and they don’t have nothing.

Living with this kind of survivor guilt, the Afghans who began arriving in Asheville in December have no choice but to continue. The family I visited has children at school, and although they acknowledge that the language aspect has been difficult, they say that the teachers and other students have been welcoming and that there is a “nice” atmosphere. One young man I spoke with expected to know in a few days where he would be working, and was excited, even without knowing for sure where he would be or what he would be doing. “I was always home and I don’t like being home,” he said.

Nonetheless, in some ways, Garrett said, “their problems are just beginning, they’re not solved.” The Afghans who have arrived in Asheville are mostly evacuees, meaning they are in the country on humanitarian parole, and CCDOC staff are working to help them apply for asylum. In the meantime, Garrett said, “they don’t know how long they’re going to have their house.”

Garrett is not a pessimist, however. “If people practice Islam correctly, good will begin to dominate evil,” he said. When asked what he would like Americans to know about the Afghans he serves at the Islamic Center in Asheville, he replied, “Wherever we come from, we are people, and people have the right to be loved and supported wherever they come from. from. We didn’t choose where we were born, we didn’t choose who our parents were, most of us couldn’t choose what our religion was. So you have to look at people and find the person in them, and learn to love the person for who they are and spiritually what we’re trying to do is just give them an opportunity to improve. The beautiful thing about Prophet Muhammad, peace and blessings of Allah be upon him, is that he didn’t care where you were when he met you, he just said: ‘Let’s go -y, let’s go. I’m not calling you bad, but whatever you are, let’s get better. And that’s the way of a real believer. It doesn’t matter who comes to them or why they came to them, you say hey, let’s see what we can do. Find the truth and follow it.

This story is part of a year-long series Tablet is publishing to promote religious literacy in different religious communities, supported by a grant from the Arthur Vining Davis Foundations.

Educational controversies have their own history